In the United States, Golden Retrievers are one of the most popular breeds of dog there is. This breed became a favorite because it is friendly. It also comes with high amount of tolerance which makes it a desirable pet for the whole family. Its intelligence is also one of its kind. As a matter of fact, it can be a working dog if there is a need for it. These Golden Retrievers can be utilized for various retrieving games for hunters and also sniffing of drugs, tracking, among others. They can also serve as therapy for those who are suffering from a condition. With this, they can be an assistant dog. Naturally, they are athletes. They also excel in sports including competitive obedience and agility. These are facts about Golden Retrievers. 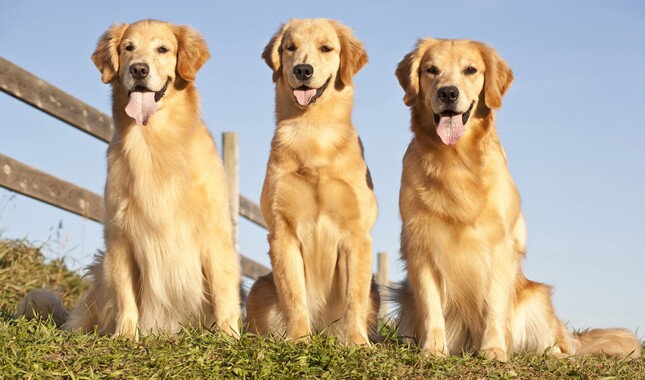 Other interesting information about Golden Retrievers

The popularity of Golden Retrievers should not come as a surprise. From the name itself, it is indeed golden because of its intelligence, social skills, beauty and loyalty.

Aside from an impeccable cognitive levels, Golden Retrievers are also very lively. The rate of their maturity is really slow. There is just a tendency for them to somehow stay playful and silly until they reach three to four years old. These can be delightful and annoying all at the same time. There are even instances when they remain in their puppyish traits until they are really old already.

Taking care of a golden retriever is a huge responsibility. It is actually very demanding physically. They would have to be given exercise every day. It can be walking, jogging for as long as they are tag along. They may also go for a run in the beach if that is possible. If trained properly, Golden Retrievers can be effective for game fetch. There are still other intelligent breeds out there that are skilled enough. They can retriever papers, wake up family members, and as well as compete in dog sports. When these Retrievers are tired, they can be the most behaved too.

Aside from exercising the mental and physical aspects of the dog, they also need to be prepared for family activities. Golden Retrievers are very much a family dog. They have to be on the back of their owners all the time when there is a chance. Prior to owning one, there is a necessity to make sure that you are already capable of handling them. If not, that would be a big problem. Make sure you can give your attention to them.

If there is a slight drawback about the dog, it can be with the fact that it is not designed to be a watchdog. Yes, he will bark when he sees strangers. However, there is just a little possibility to it because of its friendly nature. Chances are, he will wag his tail and smile. That is how Golden Retrievers are. They are amiable like that. If you are okay with this, go find yourself a Golden Retriever now!